Most states are proud of their capital city, and Idaho is definitely one of them. Boise, Idaho’s Capital City is a well beloved city that has won the hearts of thousands of people. It has a dynamic atmosphere that allows it to not only people who love the great outdoors to appreciate it, but lovers of the arts, education, and sports too enjoy themselves here.

Boise has also been known for being one of the leading cities in the nation for innovation and livability. It constantly finds itself on top ten lists for best city for business or most adventurous cities, and more. It is constantly being highlighted as the new place to be. As it is the third largest city in the Northwest, it attracts a lot of attention—especially from people who want to who like to live close to large metropolitan areas, but still want a small town charm for the place where they live.

Boise is located in Southwestern Idaho along Interstate 84 and the Snake River. It is only about 5 hours from Salt Lake (1 hour by plane), 6 hours from Portland (1 hour and 10 minute by plane), 7 hours from Seattle (1 hour and 20 minutes by plane), and 10 hours from Las Vegas (1 and a half hours by plane). So if a Boise resident wanted to spend a weekend in either of those cities, they could get there with relative ease. However, between here and there, there are dozens of great outdoor sights and activities that can be enjoyed so the trip itself is not boring at all.

For how amazing that Boise is, it hasn’t been around forever. In fact, it has only been a settlement for a little over 150 years. It Started out as Fort Boise, a military outpost along the Oregon Trail. Many people stopped here for supplies and rest on their way to the west coast, however, some of them stayed, and made it into a city. The Fort was established in 1863 and only a year later, in 1864, it was dubbed the capital of the territory of Idaho. It continued to be the capital after Idaho became a state.

Over its hundred and fifty years, Boise has turned out many great people, businesses, and sports teams. Two businessmen stick out from the blurred lines of Idaho’s past that helped shape this great city for the better. They were JR Simplot and Joe Albertson. They both created corporations, named after themselves, that have spread their wings of influence quickly and almost entirely across the nation.

JR Simplot, founder of the JR Simplot Company, was an agricultural tycoon. He owned many fields along the Snake River Plain, specializing in—of course—potatoes. However, it wasn’t this that Simplot was famous for. Simplot was the first to Start cutting and freezing potatoes for mass distribution. It was this process that made him wealthy beyond imagine, because it wasn’t long after that when he met Ray Crock and became the sole supplier of 50% of McDonald’s french-fries.

Joe Albertson, the father of the Albertsons grocery chain, began his business here in Boise. Located in Boise’s downtown, the first store that Joe Albertson ever built is still standing and functioning today. His grocery chain can be found all over the nation, making him one of the largest competitors in the market.

In the way of amenities, there are too many to count. However, here are some of the most prevalent and popular amenities that continue to draw people to Boise year after year.

It’s no mystery that Boise is surrounded by amazing outdoor amenities. From Lake Lowell to the Boise National Forest, there is just about everything here in Boise. If you like to mountain bike, do photography, ski, boat, picnic, bird watch, or just enjoy the sights, then you will find plenty to do in and around Boise. However, there is more than that here to enjoy.

Whether you want to shop, work, play, or eat, Boise is for you. Idaho’s favorable business laws make it one of the best places to Start a business or relocate a business. This brings people from all over the globe to Boise meaning that all sorts of entertainment, jobs, and food are available to residents and visitors. If you want either a fine 5-Star dining experience, or just want some good old western grub, you can find it here.

Boise also has fantastic schools. From K-12 and beyond, there are many opportunities for education. So whether you want to go and get a second degree, or finish the one you Started, you can do that here.

There are also some great things about Boise that the general public doesn’t know. For instance, Boise has been rated by Time Magazine as the number one on their list of cities that are “Getting it Right” for its thriving economy, culture, and more.

However, another fact about Boise that may surprise you is that Boise residents are known for being overly happy. This city is a full of positive energy, and it is hard to not find a friendly face or a helping hand wherever you go. 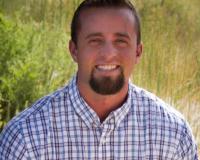 Since 2015, I have been the Co-Owner Of Tri-Peak Realty with my wife Ashley and business partner Greg. I am a dedicated and committed Realtor who consistently goes above and beyond for my customers. I....

In these crazy times, we are seeing more and more buyers waive the Home Inspection Contingency in order to gain leverage on other offers. Even if you waive the inspection contingency, you should

Excited for spring? Want to get a head start in your yard? Check out these tasks and tips. ESSENTIAL SPRING GARDENING TASKS AND TIPS January 29, 2021 6:00 pmPublished by Sophie